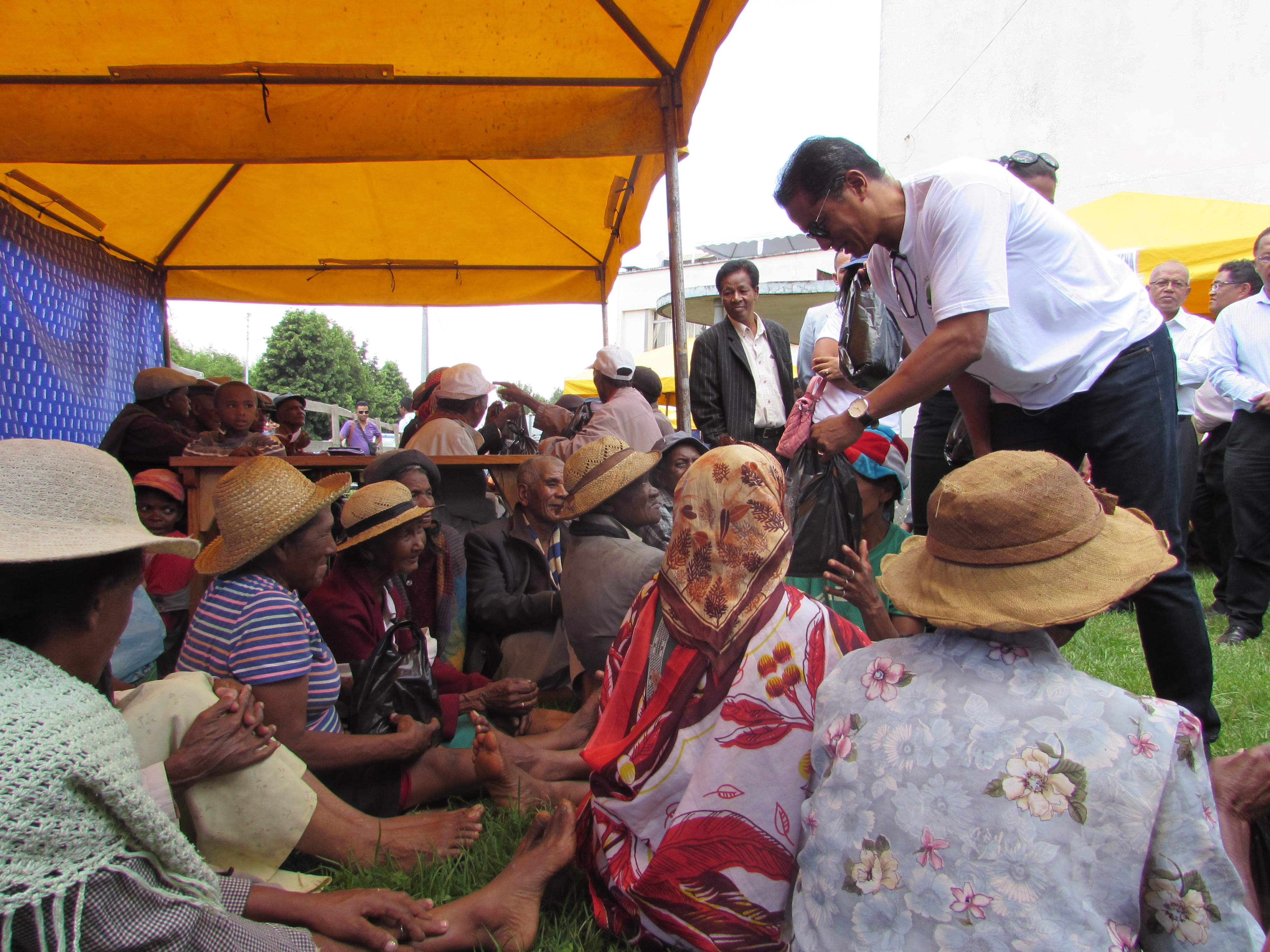 Guanomad – JCI Iarivo: A commitment to quality education for all

GUANOMAD is committed to working responsibly. In addition to financial benefits, we are seeking social and environmental performance, that is sharing and human development as well as environmental protection and sustainable development.

GUANOMAD Corporate Social Responsibility Department was set up in 2011. In 2016, GUANOMAD created its social Association« Ho Maitso nyTontolo ». It aims to promote and support actions, projects or initiatives that contribute to the sustainable development of Madagascar

For years, food insecurity has been a challenge for Madagascar. By promoting agriculture, which is a solution to world hunger, GUANOMAD takes part in the fight against food insecurity.

For that purpose, we have established partnerships for nutritional support, in terms of both quality and quantity. We bring help and support to school canteens and the elderly.

GUANOMAD works closely with several local communities and stakeholders operating in rural areas and is actively involved in social and economic development of communities it is working in. This is part of the accountability policy implemented by the company. On the other hand, we are working with local authorities and “fokonolona” prioritizing local hiring for extraction, transportation and processing of guano. We also support the construction and rehabilitation of infrastructure in these remote communities by building land paths, urging school rehabilitation after natural disasters, or distributing school supplies to children.

In the context of agricultural development, we work with schools and agricultural training centers in order to share with young people and those who work in agriculture experiences, knowledge and skills which the company has benefited from since its creation through training and technical support

Apart from the human and social aspect, the environmental aspect is also important for GUANOMAD. Indeed, our activities are based on the exploitation and processing of guano, which is a renewable natural resource. Also, the Environmental Protection ensures sustainability and durability to the company. In this sense, we have implemented an Environmental Management System to minimize impacts guano operating activities has on the ecosystems involved and their components; such as caves, surrounding forests, bats.

Apart from agriculture and aside from its commercial activities, GUANOMAD confirms its social commitments through various sponsorships and donations, motivated by causes that are important such as education, childhood health and humanitarian aid.